Do Goldfish Sleep? (How to Know and What to Look Out For)

Have you ever noticed your goldfish sitting motionless in the tank and wondered just what is going on?

Seeing our goldfish rest can be an initially confusing experience at first, but it’s important to know that a sleeping fish is a healthy fish! But what exactly do we need to do as goldfish owners to help them get enough rest?

When it comes to the question of “Do goldfish sleep?” The answer is yes, and this comes with some important considerations for goldfish owners.

The answer is a resounding yes, goldfish do sleep! In fact, they need periods of resting and sleeping as much as we do in order to reduce stress and regain energy.

While goldfish may not sleep the same way as other animals, they still need enough sleep in order to keep healthy.

A good sleep cycle keeps the immune system functioning properly, which is key to avoiding illnesses like swim bladder disease and bacterial infection. A sleep deprived goldfish is just as likely as a chronically tired human to fall ill!

The difference is that it may not always look the same when a goldfish is sleeping as what we’ve come to expect from humans and other mammals.

How Do Goldfish Sleep?

Seeing a goldfish sleep can be a somewhat confusing experience at first. Goldfish don’t lie down the same way humans and some animals do when they sleep. You may see your goldfish sleep upside down, or close to the bottom of the tank, or simply hovering in the middle of the tank with its eyes open. It might even appear to be a dead fish when it’s asleep.

What can initially seem to be an active or even potentially ill goldfish is in fact simply taking a goldfish nap while the light is low.

NOTE
It’s not unusual for a goldfish’s color to dim while sleeping. This is actually an adaptation to reduce the risk of predation by making them less noticeable during low-light night periods.

In general, aquatic animals such as goldfish tend to rely on their swim bladder to maintain buoyancy and keep them in place while sleeping.

This may appear as bottom sitting or even your goldfish swimming upside down, but this is completely normal and not typically a sign of something like a swim bladder disorder.

Do Goldfish Close Their Eyes When They Sleep?

As a point of fact, goldfish do not actually possess eyelids! They rest with their eyes open, and can remain asleep as long as conditions in the aquarium are dark and there are no loud noises or sudden movements to cause them to become active.

Goldfish and many other species both on land and in the water share this useful adaptation for the dark hours of the day.

Even at night, predators can use the low amounts of light to hunt, meaning that sleeping prey animals need to be wary through all hours of the day.

A goldfish will therefore not exhibit the normal signs of rapid eye movement, which would likely be quite shocking considering that they naturally sleep with their eyes open.

While this is a somewhat difficult question to answer considering the relatively undeveloped state of the world of goldfish psychology, it is unlikely that they dream.

Unlike humans, goldfish have short memory spans and the goldfish’s brainwaves do not alter while they’re sleeping, indicating that this night time period of rest is more for energy rejuvenation than emotional or mental processing.

This means that goldfish do not likely experience the same deep sleep at night as humans asleep in their comfy bed. Night is simply a time where they do not have to be awake and active, and can use the dark to remain shielded from predators.

How Long Do Goldfish Sleep?

Goldfish sleep for around 8 to 12 hours a day. This may be in short bursts of several minutes to several hours at a time, depending on when they can fall asleep and remain undisturbed.

That being said, a healthy goldfish does not necessarily need the full amount of 12 hours in order to remain in good condition. Many fancy goldfish will simply become accustomed to sleeping when you’re not around and whenever the tank lights are lowest.

NOTE
While your fish is fairly capable of adjusting, helping create an aquarium environment suited to your goldfish’s sleeping habits is still important. Having consistent periods of darkness when the aquarium lights are lowered or off, along with periods of quiet can help your goldfish rest fully and peacefully.

How Much Sleep Do Goldfish Need?

As previously stated, goldfish need a minimum of 8 hours of sleep per day, and up to 12.

During this period, their metabolism slows and they may swim in place and no longer eat food. Resting properly is important in keeping your fish from becoming sick or overly stressed while allowing them to digest.

How Can I Help My Goldfish Sleep?

We’ve covered the reasons why sleep is important for your fish, so what can you do to create a goldfish tank that is the equivalent of a memory-foam mattress for them?

Another way to help your fish sleep at night is to provide a quiet tank for them. All sudden sounds or lights can startle a sleeping fish. Having an area around your aquarium that is full of noise and movements will quickly shift them from asleep to awake, so keeping a safe space for them is important.

If you notice that your aquarium is positioned somewhere constantly noisy, say next to an air conditioning unit, consider moving it somewhere a little more quiet.

Do Goldfish Float When They Sleep?

When your goldfish is sleeping, it will indeed appear to be floating in place. This may be on the bottom of the goldfish tank or more towards the middle, but they are relying on their swim bladder to help them hold a constant position when the lights are low in your aquarium.

Why Is My Goldfish Sleeping More Than Normal?

There are a few things that could be happening in your aquarium that can keep your fish from sleeping the proper amount.

Poor water quality, low oxygen levels, temperature changes, and excess stress can all lead to your fish sleeping less and even becoming sick.

Returning conditions in your small tank to what your fish prefer can quickly return things to normal, along with introducing live plants to reintroduce oxygen to the water or use an air pump to help keep your tank water oxygenated.

In addition to naturally creating a lower amount of oxygen, a dirty tank will be less easy to breathe in and may have high ammonia levels. This can lead to dangerous issues such as toxic shock, swim bladder problems and poisoning, so be sure that your tank is adequately filtered with good water movement.

When the temperature of your tank water is different from what your fish prefers (and for goldfish this is between 65 and 75 degrees Fahrenheit,) it can create issues with sleep. As the temperature rises in your tank, the ability of the water to hold dissolved oxygen decreases as well.

A lower temperature in your aquarium can hold more oxygen, but beyond the threshold of comfort the metabolism of your fish will slow. At first this may result in your fish appearing to sleep more, but this can rapidly degenerate into your fish becoming a sick one.

Throughout today’s article, we’ve looked at the concept of goldfish sleeping in the aquarium. For those wondering, yes, goldfish (and all other fish for that matter) do indeed need sleep!

With that in mind, it’s up to us as responsible goldfish owners to create a good bed out of their aquarium for fish to fall asleep in.

I hope that you’ve enjoyed today’s post, and that it has answered the question of “Do goldfish sleep?” adequately.

As always, feel free to share this with any goldfish fanatics you may know, and I wish you the best of luck on your continued aquarium adventures! 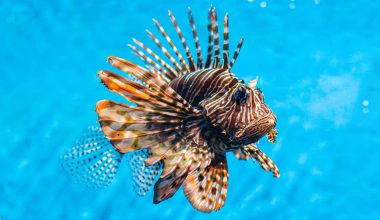 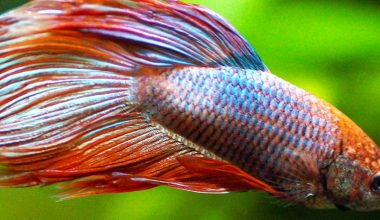 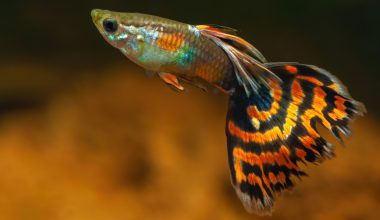 Read More
Tired of sitting in your office with nothing to look at? What if we told you there’s a…
Read More 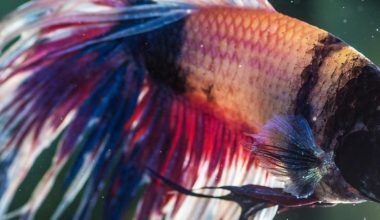 Read More
Betta fish make for one of the most beautiful additions to any aquarist’s home. With their flashy colors,…
Read More 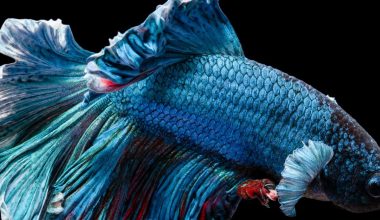 Read More
Having a pet is not complete without playing with them. For some animals, including dogs and cats, toys…
Read More

Read More
Betta fish are one of the most beautiful and hardiest freshwater species, making them the perfect pet for…
Read More